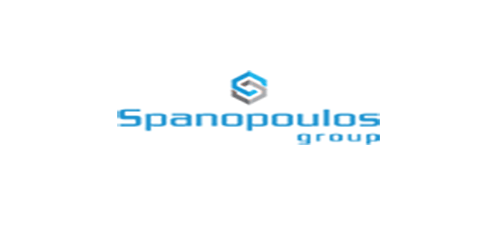 The Isthmus of Corinth, the narrow piece of land that once united, a strip of land, and now with the canal separates the Peloponnese from Central Greece, connecting the two seas, the Corinthian Gulf with the Saronic Gulf, is a special landscape of its technical culture.

The total length of the canal is 6,343 m. of which 540m. are the two prolific. The height of the slopes reaches 79 m. From the sea surface. its width is 24.6 m at sea level and 21.3 m at the bottom. The depth of the axis reaches 8.30 m. The eastern mouth of the canal is protected by the Isthmia jetty, with its shipyard, which is the beginning of the industrial zone of Corinth.

The area owes its name to Isthmia, an ancient struggle in honor of Poseidon, whose temple was located near the wall that stretched from one sea to another and defended the Isthmus. This wall became known by its medieval name Examili due to its length, close to six Roman miles about 7 km. The name of the god has been given to the western entrance-exit of the canal, Poseidonia, which is protected by two jetties.

THE HISTORY OF THE ISTHMUS OF CORINTH:

Due to its geographical location, “Afneios Corinth” has been an important naval, commercial and cultural center since ancient times. Difficulties in transporting goods by land prompted Corinth’s Tyrant Periandros to build the famous Diolco, a paved corridor “clad” in wood, on which the ships of the time skidded with grease were slipping to cross the Isthmus from one shore. on the other. The very expensive fees (tolls) paid in Corinth were also the most important income of the city.

Testimonies from ancient writers show that Periander was the first to think about the opening of the Isthmus, around 602 BC. Soon, however, he abandoned his plan, fearing that it would provoke the wrath of the gods, after the oracle of Pythia, which said: Zeus became an island and worked. ” Most likely, the oracle was caused by the priests of the various temples, who feared that by opening the Isthmus they would lose the rich gifts and tributes of the merchants, who would no longer have a reason to stay in Corinth.

But the main reason that forced Periandros to abandon his plan was not the divine wrath itself, but the enormous technical difficulties of the project and the economic interests of Corinth, which wanted to maintain its privileged position as a “key” of the Mediterranean transit trade. After all, the continuation of the “passage” of ships by “Diolkos” did not present particular problems in Corinth, because the ships at that time were small in size (triremes) and the muscular strength of slaves and animals was sufficient for this purpose.

Our company: “Spanopoulos Argonaftiki Maritime Company” is active from 2010 until today in the Corinth Canal. Specifically, since April 2010, our ship, called “ARGO”, performs daily sailings on the canal.

Any cookies that may not be particularly necessary for the website to function and is used specifically to collect user personal data via analytics, ads, other embedded contents are termed as non-necessary cookies. It is mandatory to procure user consent prior to running these cookies on your website.